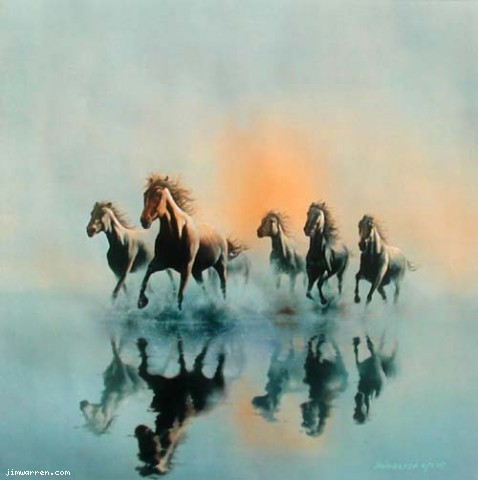 In 1980 I received a call from the art director of Capital Records in Hollywood asking me to paint horses for an upcoming album cover for Bob Seger. The album was titled "Against the Wind". I told him I don't paint horses, just people. He said "Oh, you can do it" So I did. I was extremely surprised when he later called to tell me "We Won" the Grammy award for best album package of 1981. I can now proudly say I "DO" horses. You can purchase the artwork with the original album cover text as well! Artist Proof Editions are also available with hand embellishments by Jim Warren. Call today for a quote, 1 303-333-1592!