As Elton embarks on his final world tour, I have been presented with many opportunities to reflect on our musical career. We celebrated our creative partnership at a gala in Los Angeles in 2017, I joined him for his last weekend during his final Las Vegas performances, weve co-hosted a YouTube contest where other artists reinterpreted our songs visually, we were honored with a CBS Grammy Salutes presentation, and we both executive produced two new albums with covers of some of our biggest hits sung by other artists.
But how do I feel about our biggest hits? How do I interpret them as I reflect upon the last 50 years of my professional life? How would I translate them visually?
I spend most of my free time creating visual art now, so I decided to create a body of work in honor of my other body of work, just this once. Fans share often that my lyrics and Eltons melodies have shaped and changed their lives in dramatic, everlasting ways. How can I possibly express my gratitude to the millions of fans who have impacted my life? These especially crafted works of art are my best effort, and I am so
pleased to share these with you. - Vaya con Dios, Bernie Taupin

Bernie Taupin is an English lyricist, poet, and singer. He is best known for his long-term collaboration with Elton John, having written the lyrics for most of John's songs. In 1971, journalist Penny Valentine wrote that "Bernie Taupin's lyrics were to become as important as Elton [John] himself, proved to have a mercurial brilliance. Not just in their atmospheric qualities and descriptive powers, but in the way he handled words to form them into straightforward poems that were easy to relate to."

And I Think It's Going to Be a Long Long Time

And I Think It's Going to Be a Long Long Time

And I Wanna Rock

And I Wanna Rock 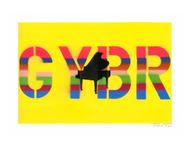 Have You Seen Them Yet

Have You Seen Them Yet

Have You Seen Them Yet?

Have You Seen Them Yet? 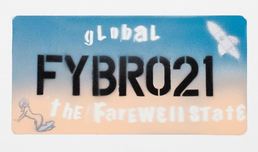 This Ones For You

This Ones For You

Limited Edition Giclee on Paper Bernie Taupin Fine Art
Do you have a question?
Visit our Brick and Mortar Gallery in Denver (Cherry Creek North), CO